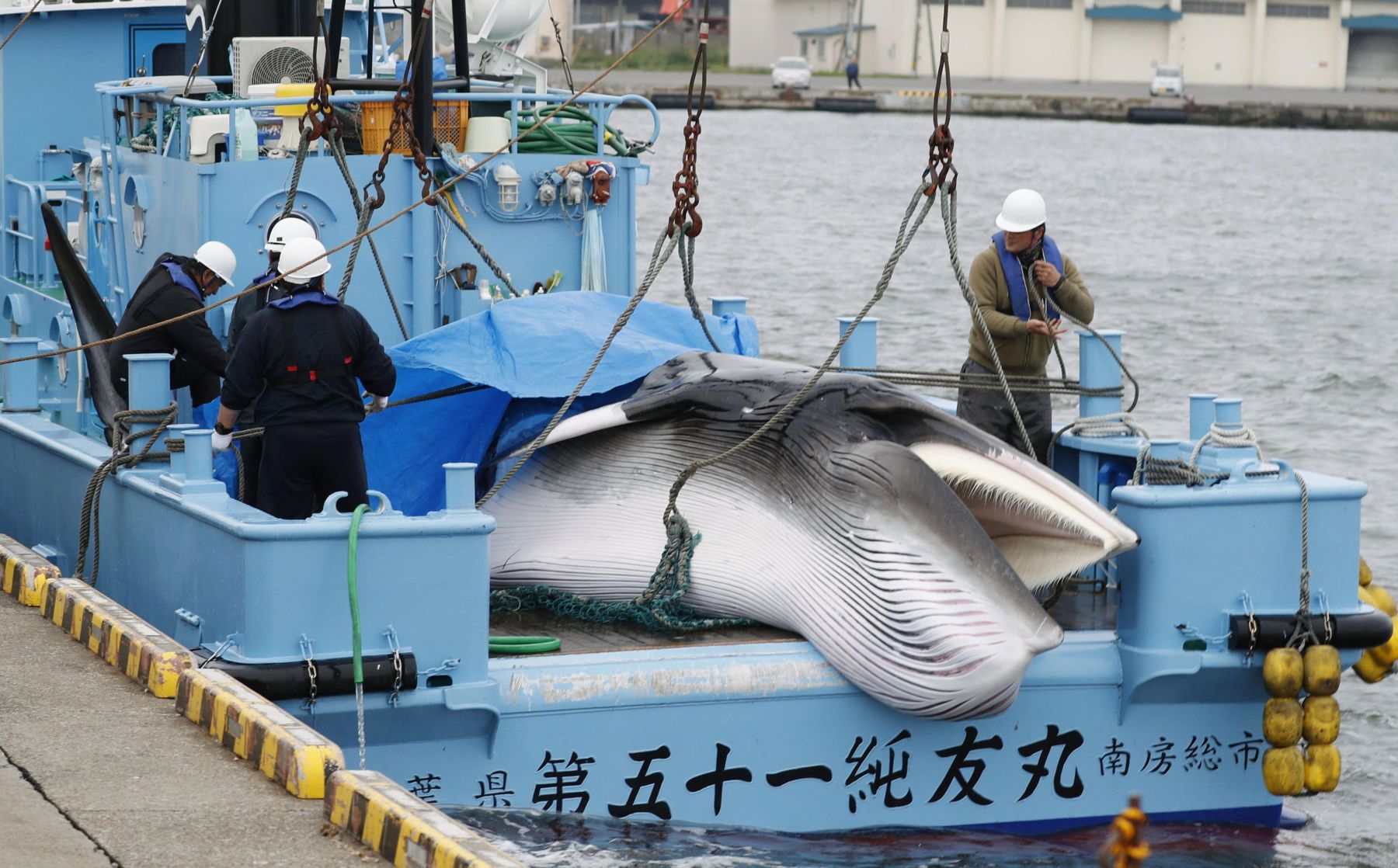 Japan’s commercial whaling industry, resumed after a 30-year pause, is likely to have a rocky start as the country tries to balance its actions against the threats of anti-whaling nations.

Following its withdrawal from the International Whaling Committee (IWC), Japan started having an active commercial whaling industry again starting in July, but only within the country’s exclusive economic zone (EEZ).

In December 2018, the Japanese government withdrew from the IWC due to difficulties finding a compromise with anti-whaling countries on the management and preservation of whale species. The government later announced its decision to start whaling again within Japan’s EEZ.

Before making this decision, the Japanese government was made aware of potential international legal trouble, according to an internal government paper, it was learned on June 16.

The Sankei Shimbun obtained part of the internal paper, outlining potential international law challenges for Japan’s whaling industry. Among the concerns cited in the paper is the possible impact of this action on a decision of the International Court of Justice (ICJ) in a case regarding whaling in the Antarctic Ocean.

Japan lost in court to Australia in the ICJ, based on the interpretation of the International Convention for the Regulation of Whaling (ICRW). Nevertheless, under the decision Japan can carry out whaling without complying with ICRW regulations, so long as it does so in accordance with other international laws.

Specifically, whaling to be practiced in the EEZ after the IWC withdrawal must comply with Article 65 of the United Nations Convention on the Law of the Sea (UNCLOS). If that provision is violated, Japan’s activities will be carefully scrutinized by the ICJ.

Under Article 65 of the UNCLOS, research on and preservation of whales and other marine mammals is a duty which countries can fulfill through working with “appropriate international organizations for their conservation, management, and study.” This means that, in order to resume whaling, Japan must establish an international entity to replace the IWC.

It is likely that the ICJ’s comment regarding monitoring Japan’s activities was added specifically to allow for close observation of Japan’s whaling policy. Under new international law predicted to come into effect, it is also likely that the high probability of an ICJ investigation will negatively impact Japan.

Professor Shigeki Sakamoto of Doshisha University’s Law Department pointed out, “Lawsuits will be filed under a violation of cooperation with ICRW Article 65.”

He added: “Japan needs to measure the legal risk that could come from restarting the commercial whale industry and its activities, and the opposition of countries to the commercial capturings of the Minke whale in the EEZ.”

Though the Japanese government took the decision to leave the IWC, it also promised to comply with the preservation of whales and participate as an observer of Science Sub-Committees of IWC.

Now it wants to restart commercial whaling, for which it must work through an international organization for the management of whaling.

Japan cannot establish an entity by itself and time is needed to develop a new international group. It is also unclear whether or not countries in the Northwest Pacific would participate. Receiving cooperation from whaling countries in the area, including Russia and South Korea, likely would be difficult.

The head of Japan’s Ministry of Agriculture, Forestry and Fisheries asserted: “For now, the front is quiet. We expect no lawsuits.”

However, anti-whaling countries from the IWC seem likely to sue Japan in the ICJ. Indeed, a threat already exists from the lawsuit brought by Australia, a country where over half of citizens are opposed to whaling. If legal action is taken in the ICJ for a second time, Japan’s whaling will face a more challenging predicament.

At the same time, one expert remarked, “The Australian government is opposed to the practice [of whaling] in the Antarctic Ocean, but there won’t be anything filed against whaling in Japan’s EEZ.”

International criticism is expected to increase from July, when Japan’s whaling industry is slated to resume activities. Japan must prepare to assert its stance in order to preserve this cultural practice, while monitoring global movements carefully.

In 2014, Japan lost to Australia in a lawsuit filed in 2010 on the practice of whaling for research purposes in the Antarctic Ocean. Under the circumstances, Japan decided to leave the International Whaling Committee (IWC) to consider the future of Japanese whaling on its own. After a moratorium (temporary suspension) of the commercial whaling industry, Japan announced it would start whaling within its exclusive economic zone (EEZ) again for the first time in 30 years. Japanese whaling for research purposes in the Antarctic and Northern Pacific ceased entirely following Japan’s withdraw from the IWC.

(Click here and here to read the related articles in Japanese.)