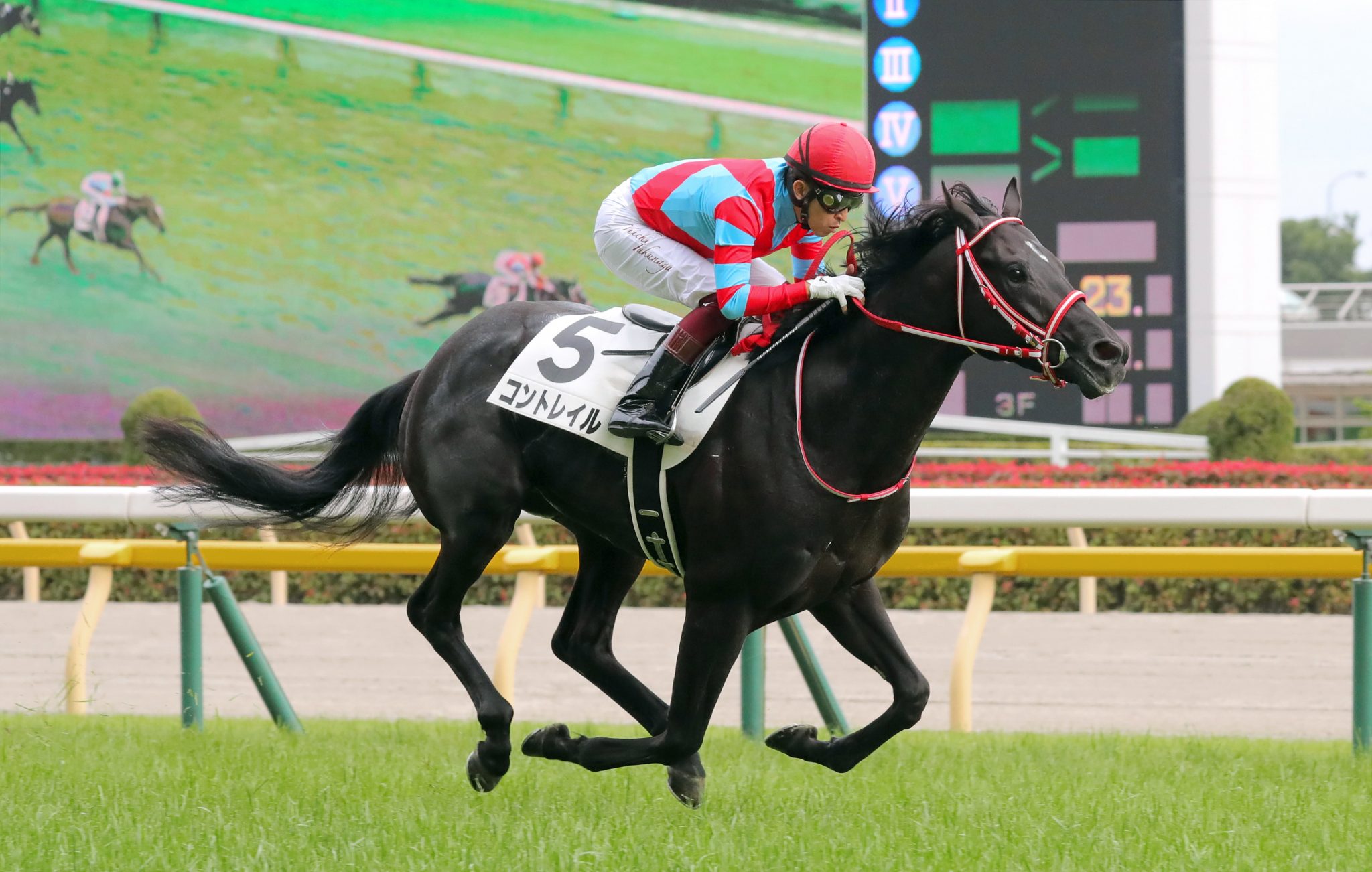 In the run-up to the 41st Japan Cup on Sunday, November 28, JAPAN Forward is highlighting two of the most accomplished horses in the field, Contrail and Shahryar.

Join JAPAN Forward and Shukan Gallop as we share some of the backstory of these top contenders in Japanese horse racing today.

Last year’s undefeated Triple Crown hero Contrail will bid farewell to the turf after the Japan Cup on Sunday, November 28.

As the day of his final start approaches, trainer Yoshito Yahagi took a determined tone on the phone. “It will be hard to say goodbye, but I feel responsible to let him have a strong finish,” he said.

Contrail became Japan’s third undefeated Triple Crown winner in the Kikuka Sho (Japanese St. Leger) last year, achieving the feat for the first time in 15 years, since his sire, Deep Impact, won his own Triple Crown in 2005. In the subsequent Japan Cup, Contrail lost by a second to Almond Eye, the nine-time turf Grade 1 champion who ended her career in crowning glory. But Contrail’s showing in the dream matchup of three Triple Crown horses, which also included Daring Tact, a colt from the same generation, demonstrated his strong stature.

Expected to take a further leap this year, Contrail’s journey has been a rocky one. He suffered his first loss in 2021 with a third-place showing in April 4’s Osaka Hai, hampered by heavy ground due to rain. Not fully recovered from the fierce race, he passed on the Takarazuka Kinen in late June.

Contrail’s retirement was set after the two autumn races this year. Following a nearly seven-month layoff, he returned to action in the Tenno Sho (on October 31). He entered as the favorite, forming a triumvirate of top racers that also included Gran Alegria, a five-time G1 champion and the 2020 Best Sprinter​​, who was racing a 2,000-meter course for the second time in her career, and Efforia, winner of the 2021 Satsuki Sho, competing for the first time after his second-place finish in the Tokyo Yushun (Japanese Derby).

Contrail, however, was restless in the starting gate and fell slightly behind at the start.

He entered the stretch in the middle pack, eyeing his two rivals at the front. But as the three raced tightly to the finish, he failed to catch the 3-year-old champion Efforia by a length and barely managed to finish second, outrunning queen Gran Alegria by only a neck. The trainer’s comments just after the race hinted at his own regrets.

“Contrail’s condition in the gate is getting worse. In extremely high-level races, one mistake can be fatal. The trainer should be blamed for not being able to correct this,” he said.

Contrail cannot end his career this way. Aiming for one last victory in his final race, trainers resumed his slope training on November 7. Gate training, which was previously scheduled on Fridays, is now done on a regular basis, incorporating pool training to help accustom him to narrow spaces. Trainers have been working on these lingering issues so that Contrail can demonstrate his full powers on the track.

Chief trainer Yahagi, who was abroad for the Breeders’ Cup (where Loves Only You won the Filly & Mare Turf and Marche Lorraine won the Distaff) and is now in a period of quarantine, places his confidence in Contrail’s training process. “I don’t have any specific instructions. Kinra (training assistant Takashi Kinra) has been communicating well with the horse and has a good understanding of him,” he said.

Contrail demonstrated ferocious enthusiasm working on a woodchip flat course on October 17. With training assistant Kinra on his back, he caught up with ease to his two stablemates, who were running five seconds ahead of him, and ran five furlongs (about 1,000 meters) in a personal best of 62.3 seconds.

Commenting on Contrail’s recent trackwork, Yahagi said, “I was worried about the effect of his seven-month break, but there was no need. His weight has recovered, too. He was fully conditioned in the Tenno Sho, and honestly I didn’t expect him to improve more, but I hear his movements are quite smooth and his training has been going well.”

Four Japanese Derby winners (Makahiki, Wagnerian, Contrail and Shahryar) are slated to run against each other in the 2021 Japan Cup. “The 3-year-olds are strong this year, but knowing that only our horse has the Triple Crowns gives us confidence,” added Yahagi, his eagerness for victory apparent.

Yahagi started his horse training business 16 years ago, and the trainer turned 60 years old in March. His admiration for the 1964 Triple Crown champion Shinzan led him to become a horseman.

“The Triple Crowns are very special. I am still in the middle of my journey, but being able to produce a Triple Crown winner has been a culmination of all of the work I have put in,” Yahagi said.

“Having achieved the Triple Crowns with Contrail, I often look back to the old days and think of how far I have come since the days when I had nothing but hopes and dreams. The results in the Breeders’ Cup this year were also unthinkable back then. Experiencing the pressure of the Triple Crowns has helped us achieve it.”

He also expressed his commitment to Contrail’s offspring. “For such a great horse as Contrail, we must ensure his success as a stallion. We will seek strong results, while emphasizing safety above everything else,” Yahagi said.

Contrail is set to run in his father’s legacy and blaze one last path around the stage in Fuchu, Tokyo.

(This article was first published by Shukan Gallop on November 21, 2021, in Japanese.) 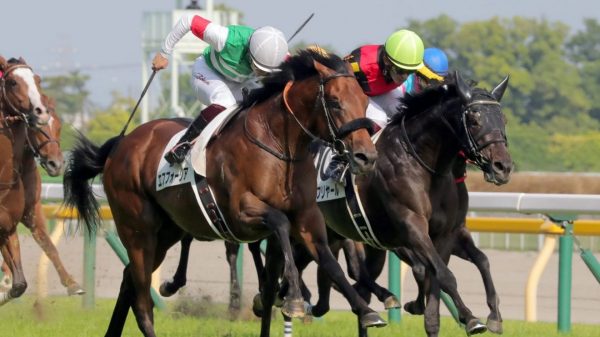 In the run-up to the 41st Japan Cup on Sunday, November 28, JAPAN Forward is highlighting two of the most accomplished horses in the... 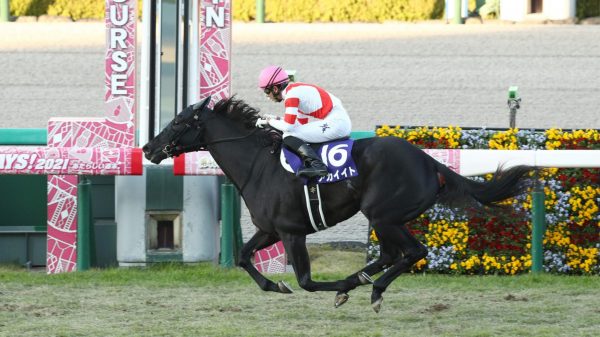 The 4-year-old overcame a slow start in the 2,200-meter race to earn her first Japan Racing Association Grade I victory.