Brave Blossoms Face Challenges in Rising to the Next Great Goal
Japan's Kazuki Himeno in action against Russia in the first half of the teams' 2019 Rugby World Cup opener on September 20, 2019, in Tokyo. (ⒸSANKEI)

A new world rugby tournament is in the works, as reported by the British media and others.

World Rugby is preparing to host a tournament tentatively called the Nations Championship, which will include the world’s top 12 nations and regions. The tournament will include the six nations of the Northern Hemisphere, as well as New Zealand, Australia, South Africa and Argentina, which make up the Southern Hemisphere Rugby Championship. Japan and Fiji will also participate.

In plan under discussion, the tournament would be divided into two groups of 12 teams, each team will play three games against opponents from a different hemisphere in July to determine group standings, and the top two teams from each group would play in the final tournament in November.

Plans for a Lower-Tier Tournament

At the same time, a plan is being discussed to hold a lower-tier tournament of 12 teams below the top 12 countries, such as the United States and Samoa. Both promotion and demotion to the upper and lower leagues would be part of the scheme.

The upper-tier tournament would be launched in 2026, while the lower 12 countries’ tournament is planned to start first in 2024.

The idea itself emerged after the 2019 World Cup in Japan. At the time, however, it failed to gain the understanding of some countries, due to the burden placed on top players caused by the increase in high-level matches and neglect of the Pacific Island countries. With the COVID-19 outbreak, the proposal was dropped last year.

This year the idea resurfaced, and along with it a proposed new provision that the Nations Championship would be held every other year in even-numbered years, not to overlap with the four-year cycle of the Rugby World Cup and British and Irish Lions games, appears to have already gained a consensus among some major countries.

Since this is still at the press level, the Japan Rugby Football Union (JRFU) has not made any official statement of approval or disapproval. However, a JRFU announcement acknowledged, “positive discussions are continuing among the parties concerned, and the JRFU is closely monitoring the direction of the discussions in cooperation with them.”

The statement continued, indicating a high level of interest, saying: “We expect to hear new information from World Rugby within the next few months.”

JRFU was open to participating in the project when the idea first came up. This is because the current international competition is not enough to strengthen Japan’s national team.

The Brave Blossoms made it to the top eight for the first time at the 2019 Rugby World Cup, which was held in Japan. In the next tournament in France in 2023, the national team is aiming to surpass its previous result and finish in the top four or higher. To achieve this, Japan will need to play more serious matches against stronger teams than the Brave Blossoms were able to do.

Japan is the only country in the world’s top-eight tier that does not participate in a tournament such as the Six Nations Championship. Those tournaments allow clubs to test themselves in multiple matches against powerful teams each year.

Successive national team coaches and the JRFU have worked hard to arrange as many matches as possible against Tier 1 nations. If the new tournament is realized, there are hopes that it will push Japan’s national team to strengthen dramatically, just as Argentina has evolved. Argentina is now a powerhouse and has been a top-eight contender in the World Cup since 2012, when the team started participating in the Rugby Championship contests.

On May 12, two future World Cup host countries were decided: Australia, in 2027, and the United States, in 2031, will be hosts for the first time.

Japan, after successfully hosting the 2019 tournament, has also stated that the JRFU will aim to host the tournament a second time after 2035, with the goal of having Japan’s national team win the championship when that event is held. The Nations Championship will be a key tournament for Japan to help realize this grand dream.

Read other reports by the author about Japanese rugby at this link. 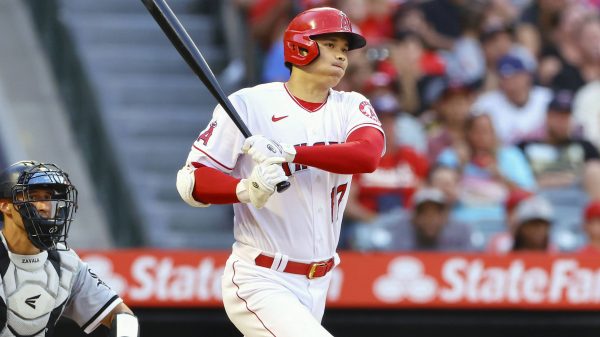 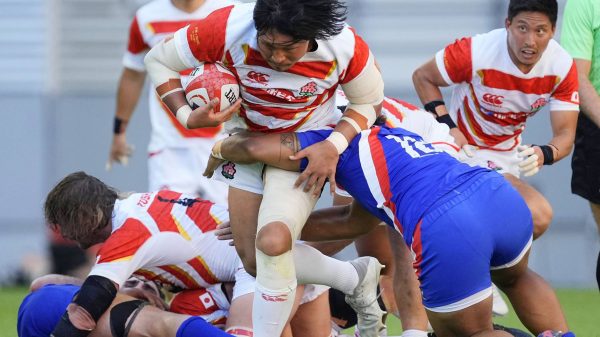 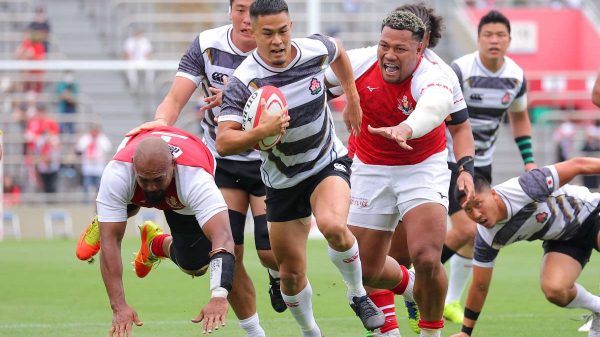 An irreplaceable bond of 40 years was behind the charity rugby match to help Tonga recover from the devastating underwater earthquake.