Wolf’s win by ippon gave Japan’s men a record-high five golds through six days of the competition at Nippon Budokan. Wolf is the third Japanese man to win the under-100 title and the first since current men’s national team head coach Kosei Inoue did so in 2000.

The 25-year-old Wolf is the son of an American father and Japanese mother.

The 30-year-old Hamada, a member of Japan’s Self-Defense Force and the 2018 world champion, gave Japan’s women their third gold medal at these Games, joining Uta Abe at 52 kg and Chizuru Arai at 70 kg as champions.

“I felt very good to use the pin in the final and prior to the Games I trained ne-waza (ground techniques) a lot,” Hamada told reporters after the match. “I remembered my loss against Malonga two years ago [at the 2019 world championships in Tokyo], so the plan was not to make the same mistake. I wanted to get close and start ne-waza as soon as possible because I knew it would be her weak point.”

Hamada won the world title in her debut in 2018 at the age of 28 and claimed silver a year later at the worlds in Tokyo.

Hamada was all business from the outset of the 78-kg final, taking advantage of a tactical error by her opponent who attempted a throw that allowed Hamada to force her to the mat and into a four-quarter submission for an ippon.

Malonga couldn’t hide her disappointment after the match.

“I’m very disappointed,” she said. “I really wanted this title. Yesterday I was so sad for Pinot that today I fought for her too. This year I lost my world title and now I have silver again. It is a great result but I won’t stop until I get the Olympic gold.”

Japan now has a total of 15 golds at these Games, eight from judo, just one fewer than its record of 16 set at the 2004 Athens Games and the 1964 Tokyo Olympics.

Wolf, making his Olympic debut, saw his bout against Cho go into golden score where both men received two penalties each for non-combativity. A third penalty in extra time would have decided the match.

Wolf finally emerged with an ippon win more than nine minutes into the match, deploying an inner leg throw that sent his opponent onto his back.

“My judo is the gritty kind, so I’m happy I was able to stay true to that to the end,” Wolf was quoted as saying by Kyodo News. “Nobody trains more than me, so I knew that the closer the match was the more I would have the upper hand. I just believed in myself.”

Wolf has suffered from knee injuries in the past, and in comments published by the International Judo Federation website, he noted that he wasn’t in the best physical condition for the gold medal match.

“But I’m happy because it is the first title for Japan in this category since Sensei Inoue,” Wolf stated, “and I’m double happy because it was the last major title to achieve in my career, after the worlds, the Asian and the national Japanese title. I was crying on the mat for all those reasons.” 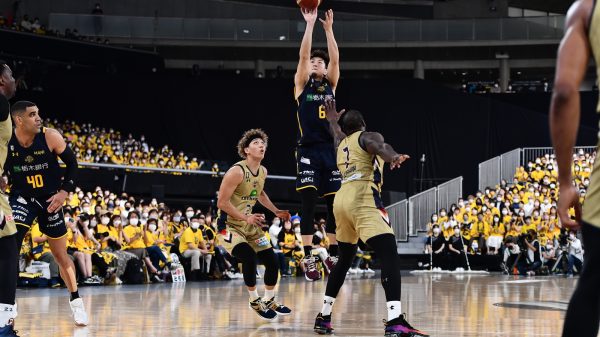