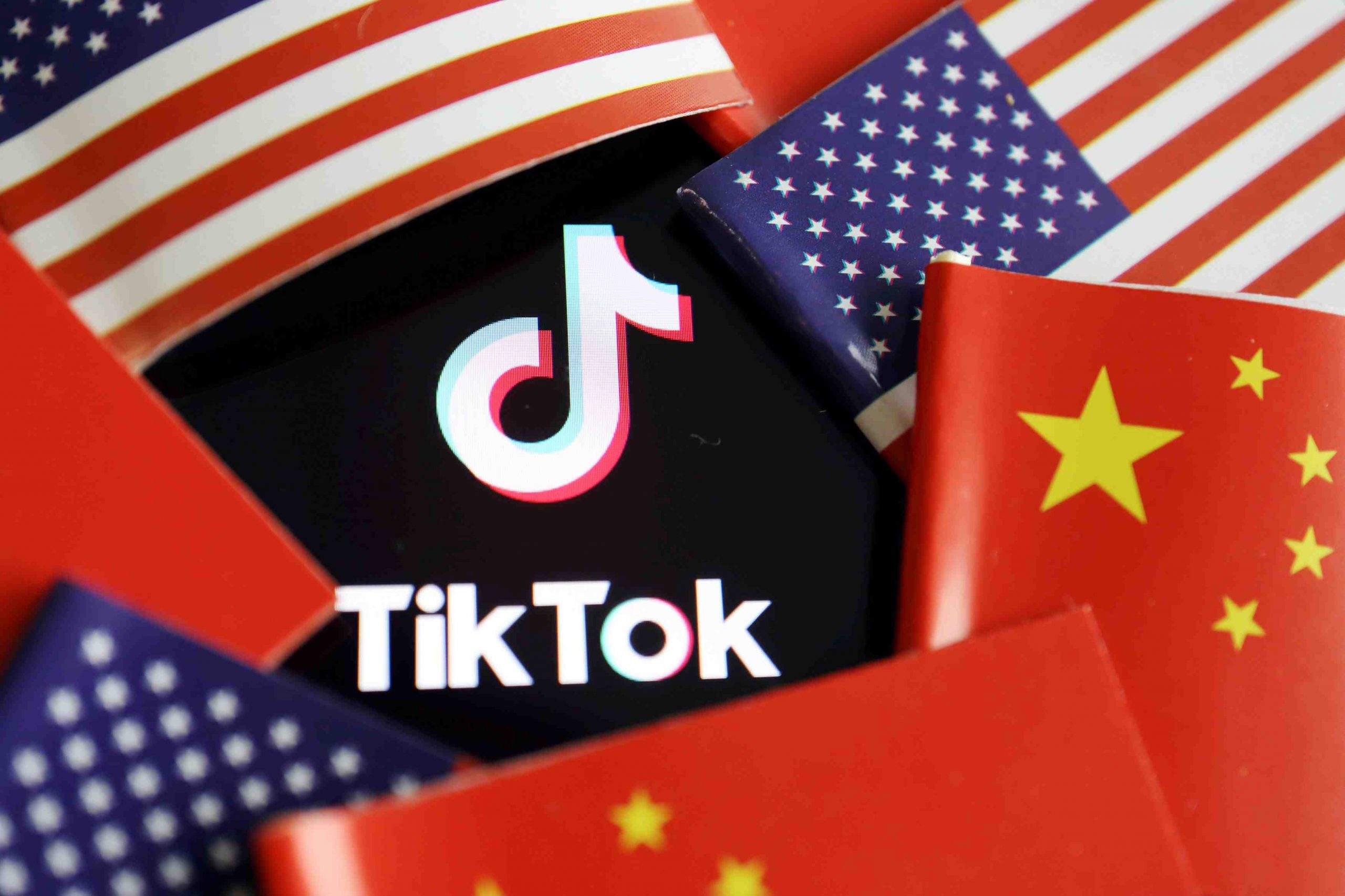 The Tokyo 2020 Olympics have been ongoing for more than a week now. But this is not a story about sports per se.

Perhaps it’s a mark of the changing times, or a sign of the sheer enthusiasm of international competition, but Olympic athletes are taking to Tik Tok like a storm.

And netizens just can’t seem to get enough of Olympic athletes sharing their lives.

Hashtags like #olympictiktok, #tokyo2020 and #tokyoolympics  are trending with tens of millions of views, with athletes flooding the social network sharing stories about their times in the Olympic village, in this unique version of the Tokyo 2020 Games.

One to follow is Ilona Maher, Team USA Rugby. Her content includes a detailed review of the cardboard beds, an appreciative video of fried cheese in the canteen, and a cheeky poke at the Skateboarding team, asking them kindly to “leave some swag for the rest of us,” because “you are too cool.”

There are also those who are showing how athletes are trying to keep everyone safe with COVID-19 prevention measures, such as Tilly Kearns, Australia’s Water Polo Player.

A heart-warming video was by Great Britain’s sprinter Laviai Nielsen, who showed the sheer happiness of finally wearing her national uniform at the Olympic village.

People might not be able to go and see the Games in person, but it’s funny to see how, thanks to new social media trends, athletes are finding new ways of sharing this experience with the world.

Brazil’s Rayssa Leal was catapulted into fame when she earned the silver medal in the women’s skateboarding street event. The Tokyo Olympics, however, is not the first time that Leal has been in the spotlight.

Five years ago, when she was just seven years old, legendary skateboarder Tony Hawk posted a video of her performing a heelflip in a fairy costume. In the video, which Hawk called “awesome,” Leal tries twice to complete the trick and then succeeds the third time around.

In a full-circle moment, Leal, nicknamed “Fadinha,” or “little fairy,” because of her costume in the video, and Hawk met in Tokyo. Hawk, though no longer competing, came to Tokyo as a correspondent for NBC.

Leal wrote on Instagram: “Six years ago he introduced me to the world of skateboarding by sharing my video wearing a fairy costume. Today, he filmed me at the Olympics. This is all so amazing, I’m living a dream!”

Cycling events have been mired with several errors by event organizers. During a training run, The Netherlands’ Niek Kimmann collided with an official crossing the path. He later posted to Twitter that “My knee is sore, but will do my best to be ready for Thursday!” On Thursday, he placed at the top of his heat during the BMX quarterfinals and qualified for the semifinals.

Mathieu van der Poel, also from The Netherlands, was affected by another potential error by organizers. He suffered a crash during the men’s cross country mountain bike race, which landed him in the hospital. He attributed the crash to not knowing that a ramp present during training was removed for the actual race.

Errors affecting the Dutch team did not stop there. Anna van der Breggen was dragged off her bicycle during a training event by a guard who didn’t recognize her as an athlete. During the women’s road race, her teammate, Annemiek van Vleuten, crossed the finish line thinking she had come in first.

In reality, she had earned the silver medal, behind Austria’s Anna Kiesenhofer, who earlier had pulled ahead of the group and had crossed the finish line without van Vleuten knowing.

Van Vleutin later expressed frustration about the lack of information, writing that it was a “rollercoaster of emotions.” In other professional cycling races, athletes are able to use a radio to receive information about the course and the riders ahead of them, but Olympic policy doesn’t allow them.

Kyosuke Takei, the coach of Japanese cyclist Eri Yonamine, wrote that he was unhappy about the time trial races, held a day after the road race. “The organizers had no respect for the athletes.”

Food Waste and the Olympics

On July 28, Tokyo Olympics organizers admitted to having thrown away between 4,000 and 10,000 lunch boxes intended for volunteers on the day of the opening ceremony.

Spokesperson Masanori Takaya formally apologized, admitting “the large number of staff on duty meant that all the volumes were large, and a lot of the food was not consumed” according to Kyodo News, and there was approximately 20 or 30 percent surplus of food across all venues.

Takaya explained that the heavy workload on the day meant that many didn’t have time to consume their food. The bento-boxes were consequently disposed of, and used as animal feed or biomass power generation, according to Mainichi. Takaya however pledged to better plan volumes in the future, to prevent waste where possible.

With cardboard beds, the hydrogen Olympic flame, and recycled metals used for medals, the Tokyo 2020 Olympics set off to be the most environmentally friendly in history.

Rival Axelsen Says World No. 1 Momota Will Rebound from Shock Loss in Tokyo

In one of the biggest surprises of the Tokyo Olympics in any sport, men’s world No. 1 Kento Momota crashed out of the men’s singles tournament with a 21-15, 21-19 loss to South Korea’s Kwang Hee Heo in the group play stage.

Momota’s departure from the title chase on Wednesday, July 28 was buried in an avalanche of news.

But the badminton superstar will bounce back and continue to be a force to be reckoned with on the pro circuit, Danish rival Viktor Axelsen insisted.

“I don’t think anybody expected that, but we have to respect Momota has been through a lot the last two years,” Axelsen said, according to numerous published reports.

“There has been so much pressure on him for obvious reasons here. … Had he won the first game, he might have relaxed a little bit and he would be here still in the tournament. He’ll come back for sure.”

Before the Games, Momota was involved in a fatal car crash in Malaysia in which he suffered extensive injuries and later he also tested positive for COVID-19.

Georgian Judoka Kicked Out of Games for Violating COVID Protocols

Two male judo wrestlers from Georgia have been kicked out of the Tokyo Olympics on Saturday, July 31, for leaving the athletes village to go sightseeing in violation of COVID-19 protocols.

The Tokyo 2020 Organizing Committee said at least one person has been stripped of accreditation in the first such penalty since the Olympics began on July 23.

According to Japanese media reports, the two Georgian’s went to see Tokyo Tower in Minato Ward.

“No one must leave the athletes’ village for the purpose of sightseeing,” organizing committee spokesman Masanori Takaya said at a press briefing.

Due to the coronavirus pandemic, athletes and all other Olympic credential holders are required to strictly follow the COVID-19 “playbook” rules.

The judo competition ended on Saturday, July 31, with the team competition.

In honor of the Tokyo Olympics the People for Ethical Treatment of Animals (PETA) launched a Japanese ad campaign to foster adoption of dogs from shelters, featuring none other than Alex Morgan and Christen Press, U.S. women’s Olympic soccer team players.

Morgan, posing with her rescued dog Blue, explained the benefits of adopting, as opposed to buying: “There’s so many animals on the streets and so many animals that aren’t able to live the life that they should be able to live,” she says. “Animals should always be a part of the family, be taken care of, just as any child would be.”

Press went even further, by describing the importance of her rescue Morena: “[T]his was an opportunity we had to change the life course of these animals, and in the end, they ended up saving us.”

PETA aimed to have the posters outside soccer venues in Tokyo, Miyagi, Ibaraki, Misono and Yokohama, prior to the decision to have most of the Olympics without spectators.

The Japanese-manufactured baseball being used in the Olympic tournament is receiving high praise.

The ball is made by Osaka-based SSK, a leading Japanese manufacturer of sporting goods.

American pitcher Joe Ryan had nothing but praise for the ball after he went six innings to beat Israel on Friday night, July 30.

The major league baseball is manufactured by Rawlings in Costa Rica. MLB owns a minority stake in Rawlings.

It isn’t the first time Japanese baseballs have won praise from players in MLB.

Earlier this season, Yu Darvish posted on Twitter that he had some NPB game balls sent from Japan and that everyone liked them.

Pitchers in the U.S. have complained that the MLB official ball is too slick and that it’s hard to get a good grip on it. That has resulted in some pitchers using banned substances, forcing MLB to crackdown on their use. 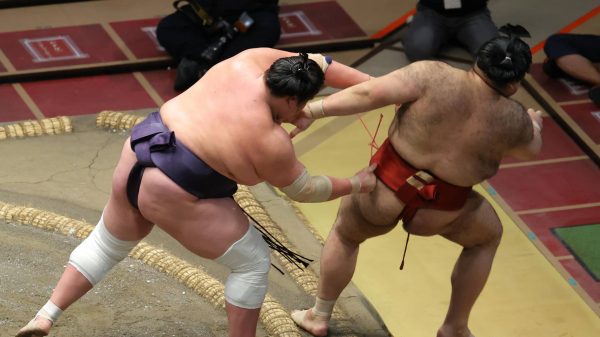 The new yokozuna held on to a one-win lead with four days to go. 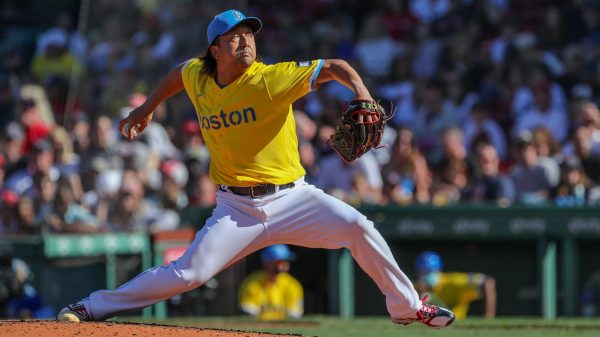 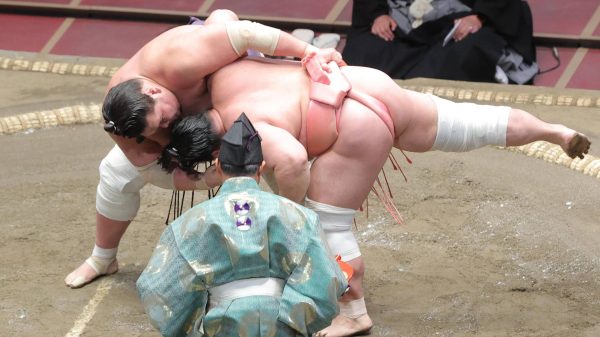 Terunofuji Bounces Back From Shock Defeat with Big Win Over Ura

The new yokozuna needed every ounce of energy to maintain his one-win lead on Day 10. 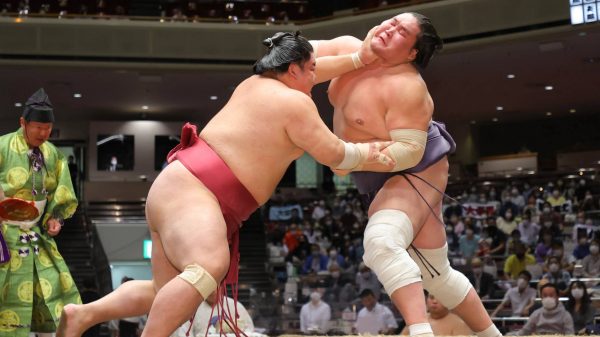 Terunofuji loses for the first time in his debut at the sport’s highest rank. 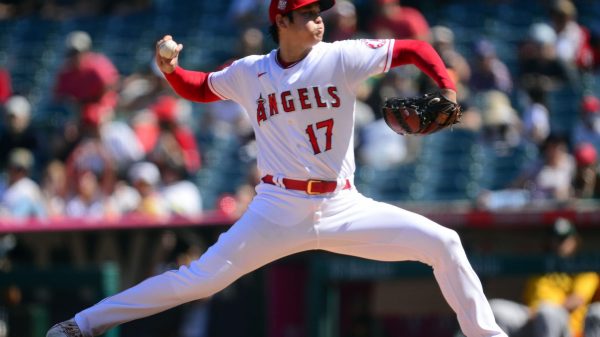 The hard-throwing right-hander fanned 10 batters for the third time this season in an eight-inning outing, but the Angels fall to their AL West...