Behind THE COVE’: A Visual Take On the Whaling Issue 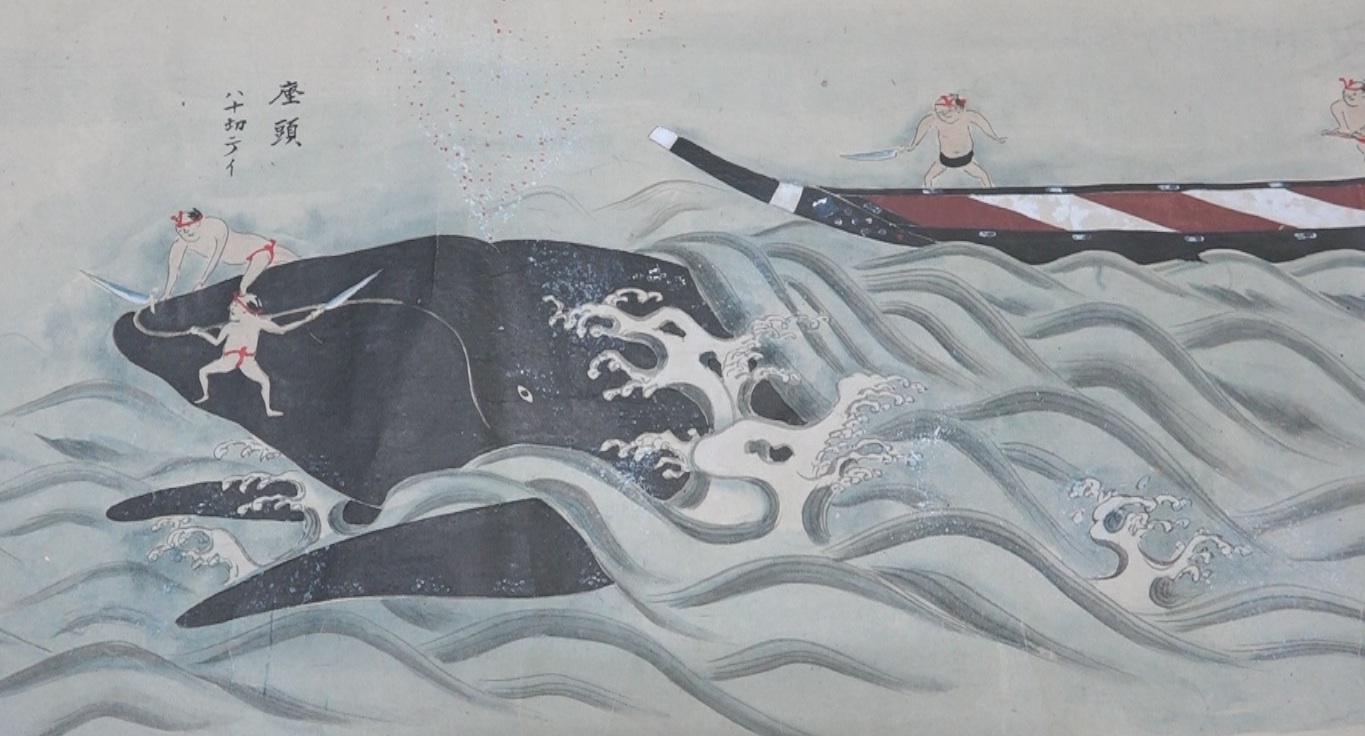 Part 1: Director Keiko Yagi: Why I Had to Make ‘Behind THE COVE’ Amid the Anti-Whaling Uproar

The clash between supporters and opponents of whaling has become more heated in recent years. It has escalated to such an extent that at times it feels like a dead end with no solution in sight.

I believe the language barrier is a major cause of the current impasse, compounded by the media-instigated propaganda battle. The foreign press has published statements such as, “Whales are on the verge of extinction,” “Whales contain mercury, which will cause Minamata disease,” “Japanese whaling is illegal,” “The Japanese are committing atrocities,” among other accusations.

To make things worse, Japan did nothing effective to counter their arguments, exaggerations, and untruths.

Japanese views must be communicated in English to be understood by much of the world. This barrier is a significant factor in the friction between Japan and other countries. The Japanese have no idea what is being said overseas, and only realize the seriousness of an issue when it has already escalated.

This communication weakness has been pointed out frequently, so I thought trying a visual format through film might be more effective in overcoming the cultural and language differences. As I prepared myself to take on the challenge, some criticized my decision by warning that it is dangerous to refute the opposition—it would only stir up more problems. The idea that it is bad to argue has been so deeply rooted in Japanese culture that even presenting facts in a neutral way was not considered an option.

Many Japanese companies with businesses interests abroad also avoid the issue out of concern that they could risk boycotts if they are perceived as supporting whaling. The film industry is no exception. No company was willing to distribute my film abroad—I had to fight alone to promote my film in overseas markets and present it to the world.

I was also an amateur with no experience in contacting people in the film industry. Still, I did everything I could to make appointments with buyers from different countries and complete applications for screening my film at film festivals. Looking back on the Cannes Film Festival held in May 2016 in France, it is difficult to believe how reckless it was to try to promote my film to local markets by myself.

Coincidentally, I was given an opportunity to meet Paul Watson, the founder of the anti-whaling Sea Shepherd, during the Cannes Film Festival. He had gathered international media to promote a movie criticizing whaling in Japan. At the time it was as if I was feeling my way around in the dark, trying to use my film to establish a dialogue that might lead to resolution of the issue. Meeting him was like finally seeing the light.

Paul Watson has many supporters and great influence, and I felt the significance of the opportunity. He was an important figure to meet and continue talking to in the future. He was very friendly and treated like a star at the film festival, and even agreed to take a photo with me.

The Cannes Film Festival is held by the Mediterranean Sea. I saw a Sea Shepherd ship docked nearby and thought it might be the ship that rammed into a Japanese whaling ship. Curious, I asked Watson whether he would allow me onboard, to which he consented without any hesitation. I hope one day to see the inside of the ship if I ever get the chance. Of course, his promise may never be realized.

The Film’s US Debut

Another dream was also achieved with the theatrical release of Behind ‘THE COVE’ in the United States in November 2016. A review was written by a reporter for a US media outlet with the help of local supporters, and we just about managed to satisfy the conditions for entering the film into the Academy Awards, a globally renowned film festival. It meant that the film had finally emerged onto the same stage where The Cove had once stood. I felt immense satisfaction as my hope was for the Academy Awards judges to see how the The Cove had triggered riots in Taiji, Wakayama prefecture, after receiving its Academy Award.

During this time, I witnessed how powerful movie distributors were spending eye-watering sums to lobby the judges and promote their films. I heard from staff members how producers had aggressively appealed to the judges when The Cove was released in 2009. In the film world, lobbyists with immense power in Hollywood even have an influence over film reviews. I stood alone in this battle and felt overwhelmed by the huge wall before me. In all honesty, my soul was burned out with despair and exhaustion.

Prior to making this film, I had worked at the Japanese branch of a Hollywood film distributor but had never taken on the distribution procedure from start to finish by myself. Moreover, it was unimaginable even to wish my own film would go to Hollywood.

The difficulty of promoting my film overseas was daunting—a challenge demanding all my time and energy—but it was a once-in-a-lifetime opportunity.

Netflix Picks Up Behind ‘THE COVE’

Then something unbelievable happened. Netflix — the digital distribution company with the greatest number of users in the world — found me and said they wanted to distribute my film worldwide. They were happy enough to do so even though my film Behind ‘THE COVE’ was an small independent film. I cannot thank them enough for this.

Behind ‘THE COVE’  is now available in 189 countries and various languages through Netflix, making it so much easier for viewers to access my film. Distributing through Netflix removed the problem of language and cultural differences, which had been a major obstacle to promoting a comprehensive understanding of the whaling issue.

After the documentary’s release in August 2017, I started to receive frank reviews and thoughts on the topic. People from the US, the UK, and Australia—countries that are especially concerned about the whaling problem—have told me that the film was eye-opening. Many viewers initially took interest in my film because they were against whaling, but there has been unexpectedly little condemning feedback.

Most of the feedback is from viewers with a strong intellectual curiosity. For example, a professor at a prestigious university told me that Behind ‘THE COVE’ provided historical context that he could not have known before. The number of favorable reviews has been overwhelming.

Keiko Yagi is a film director, camera and editor. Her first documentary film Behind ‘THE COVE’ won the award for Best Director at the 2018 London International Filmmaker Festival in February, and it also got the New Perspective Prize at the 2018 Japan Wildlife Film Festival in April.

(Click here to watch the digest of Behind ‘THE COVE’.)

2019-12-12
Previous Post: The Time to Move Against Eco-terrorism in Japan is Now
Next Post: A Film 27 Years in the Making Captures Life in Whale-Hunting Indonesian Village