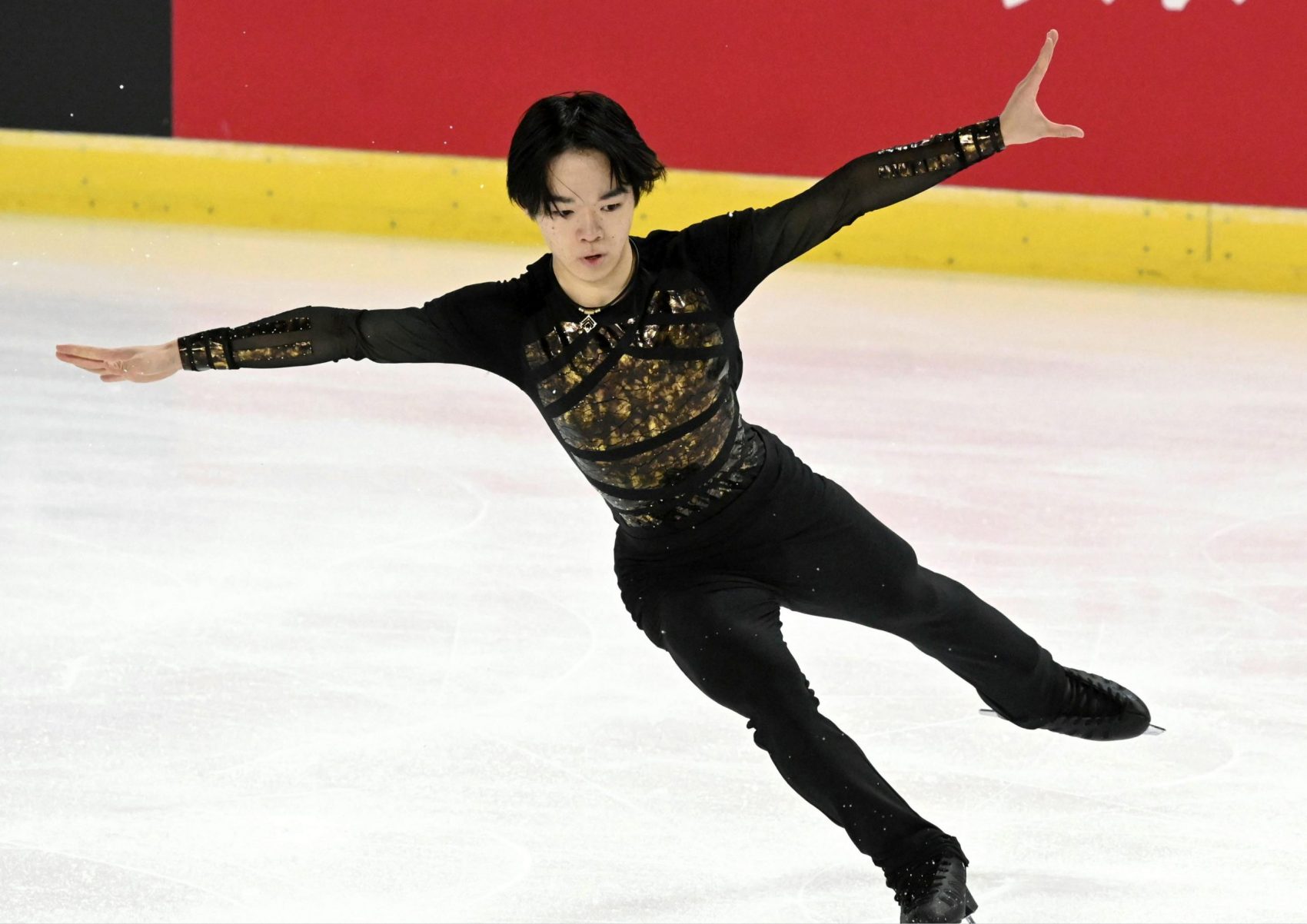 Yuma Kagiyama competes in the men's free skate at the Internationaux de France on November 20.

The past few days have seen the ascendancy of Yuma Kagiyama increase exponentially. The 18-year-old star won the Internationaux de France on Sunday, November 21 to clinch a berth in next month’s Grand Prix Final, then on Monday took over the top spot in the ISU’s world rankings.

Kagiyama’s victory in Grenoble was his second GP win of the season and gave him the maximum number of points (30) possible in the standings. He will join world champion Nathan Chen, compatriot Shoma Uno and American Vincent Zhou in Osaka for the prestigious competition that features the top six skaters in each discipline.

The ISU’s rankings are based on three seasons (including the current one). Kagiyama is on top with 2,960 points due to his success on both the junior and senior circuits and in international competitions like the world championships, where he captured the silver medal last season.

Kagiyama landed three quads and five triples in his performance to “Gladiator” on the way to victory. His total score of 286.41 points bested teammate Shun Sato, who was second with 264.99, by more than 20 points.

“I am really happy to win the second gold in my first Grand Prix season,” Kagiyama stated. “The Grand Prix Final was part of my goals for this season and since it takes place in Japan, I really wanted to take part there and I am glad I made it.”

“The music choice and choreographic vehicle for success on the Olympic stage. Powerful orchestration to the ‘Gladiator’ soundtrack,” Hanretty observed. “The quad toe/triple toe was the third element of this free skate, just demonstrating epically wonderful jump technique.”

Hanretty believes that with more variety in his jump repertoire, Kagiyama could contend for the gold in Beijing.

“Yuma does not have quad loop, quad flip or quad lutz in his technical arsenal,” Hanretty noted. “We have already seen quad flip and quad lutz from Vincent Zhou and Nathan Chen, quad flip from Shoma Uno, and those jumps carry higher base value in the technical element score. I’m sure Yuma Kagiyama has been working on them.”

Two weeks ago, Kagiyama rallied from more than 17 points down to win the Grand Prix in Italy. In doing so he established a new mark in the International Judging System era (since 2004) for the largest deficit overcome after the short program to claim victory.

With the Beijing Olympics just over two months away, it is all coming together for Kagiyama at the right time.

Barring injury, it is hard to envision a scenario where he is not one of Japan’s three men in singles in China in February.

Kagiyama’s rival and friend Sato helped make it quite a weekend for Japan in France, where the Hinomaru claimed half of the singles medals on offer. Kagiyama and Sato went 1-2 in the men’s event, and Wakaba Higuchi took third in the women’s competition.

Sato moved up from fourth after the short program to join Kagiyama on the podium with his free skate to “The Phantom of the Opera.” Sato hit four quads, opening with a huge quad lutz that earned him 15 points, then a quad flip (with an edge call), before going on to land two quad toe loops.

Perhaps most impressive in Sato’s jumping exhibition was his rotational velocity, which appeared lightning fast.

“This is my first Grand Prix season and finishing on the podium was my goal,” Sato remarked. “I am really happy to be on the podium for the first time, but I need to catch up to Yuma, so I will work hard.”

“Look at the quad lutz, it looks like he could have had a fifth revolution in there,” Hanretty said while analyzing a replay of Sato’s opening jump in his free skate. “He is obviously technically very proficient, but he does not have the same level of quality in program component scores as the likes of Shoma Uno.”

Sato finished fourth at Skate America, despite injuring his shoulder in practice, and has a chance at making the GP Final. He has 22 points and is currently in sixth place. However, he could be knocked out of that spot after this weekend’s Cup of Russia.

Russia’s Mikhail Kolyada goes into the event in Sochi with 13 points after finishing second behind Kagiyama in Turin earlier this month. Kolyada’s teammate Evgeni Semenenko has 11 points from his third-place finish at Skate Canada last month.

Sato’s potential is sky high. He hopes to be on Japan’s team for the Olympics, but the only foreseeable way that will happen is if Yuzuru Hanyu is ruled out due to injury. Nevertheless, though still a bit raw, Sato’s future looks very bright.

Higuchi was sixth after the short program, but made the podium with a free skate to music from “The Lion King” that saw her opening triple axel judged just a quarter short and level fours on all of her spins. Higuchi had some other jump issues, but was able to beat Russia’s Kseniia Sinitsyna for third.

Sota Yamamoto won the Challenger Series Warsaw Cup on Friday with a tally of 247.65. Yamamoto landed a clean quad salchow in his short program to “Yesterday,” and two quad toe loops in his free skate to “Io Ci Saro.”

The victory was notable for the 21-year-old Yamamoto, as it was his first in international competition since capturing the title at the Challenge Cup in 2019 in The Hague.

Kana Muramoto and Daisuke Takahashi took second place in ice dance in Poland behind Russia’s Diana Davis and Gleb Smolkin. The Russian’s winning total was 199.90, while Muramoto and Takahashi posted 190.16.

Marina Zoueva, who coaches Muramoto and Takahashi in Fort Myers, Florida, had some very interesting comments about Takahashi in an interview with Russia Today, that was translated into English and posted on the skating site fs-gossips.com.

The famed coach was quoted as saying, “Daisuke Takahashi has just a huge almost unlimited potential, and that’s just the beginning, believe my experience.”

Takahashi, now 35, has only been competing in ice dance since last year. Zoueva said that the lifting required in ice dance meant that the Okayama native had to get his body in a different kind of shape.

“In Japan, Takahashi never did power training and at first he strongly doubted whether he needed it,” Zoueva said. “But then, when the result of the work [is] in they became noticeable, he liked it. And he began to work with redoubled zeal.”

Zoueva was asked how long it took her to recognize the potential of the Muramoto-Takahashi pairing.

“Straightaway,” she said. “After all, they did not come to me from the beginner’s group. Daisuke is the world champion, the first Japanese skater who managed to climb the podium at the Olympic Games, that is, a person not only with a story, but also with a very powerful technical base.”

Miura, the 16-year-old quad jumping sensation, was in seventh place, some 17 points behind, before storming back to win his first national junior title. Miura landed a quad salchow and big quad toe loop/triple toe loop in his free skate.

Miura had predicted after his poor short program that he would win the competition. His total score in the victory was 229.28.

Shimada, who won her second straight Novice A title last month, climbed from fourth place after the short program to capture the crown with a total score of 188.51. The 13-year-old phenom landed a beautiful quad toe loop in her free skate and was sublime throughout, showing poise beyond her years under pressure.

Mie Hamada’s Kinoshita Academy in Osaka was so dominant in the women’s competition that five of the six skaters in the final group were her pupils.

Cup of Russia Up Next

The final regular GP of the season will be held this week in Sochi, site of the 2014 Olympics. Japan will be represented by Rino Matsuike in the women’s event, and Keiji Tanaka and Kazuki Tomono in the men’s competition.

Matsuike will face a tough lineup in Russia that includes former world champion Elizaveta Tuktamysheva and last year’s world junior titlist Kamila Valieva, who won Skate Canada last month and will be looking to lock up a berth in the GP Final.

The 17-year-old Matsuike, still hoping to make Japan’s Olympic team, will need to improve on her sixth-place finish at the NHK Trophy and make the podium at the Japan Championships in Saitama next month if she hopes to be on the plane for Beijing.

Tanaka and Tomono will pull on the skates against a roster that will include Kolyada, Semenenko, and Italy’s Matteo Rizzo. Kolyada can make the GP Final with a victory or second-place showing on home ice. 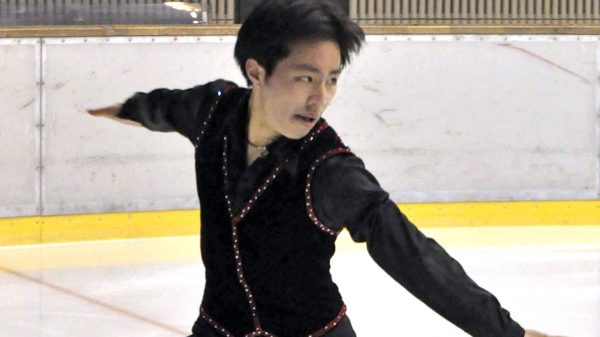 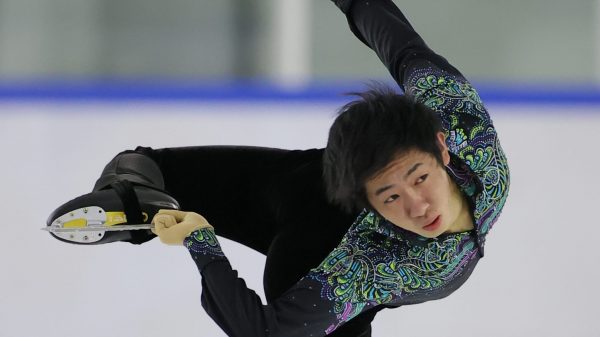 Tsuboi built a lead of more than 12 points, while Sumiyoshi held a narrow advantage in points over Azusa Tanaka in the women’s event... 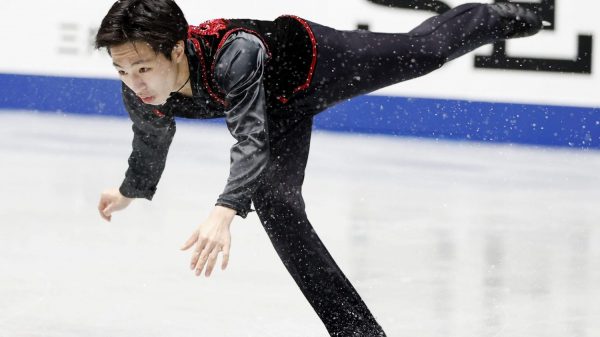 Miura and Tatsuya Tsuboi are among the top contenders for the men’s title, while Hana Yoshida and Mao Shimada are expected to vie for... 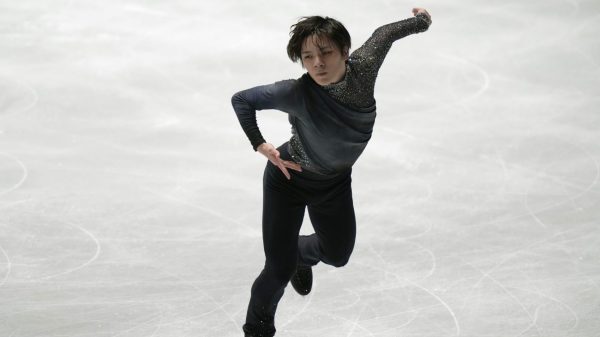 Uno delivers a bold reminder that he remains one of the world’s premier skating stars. 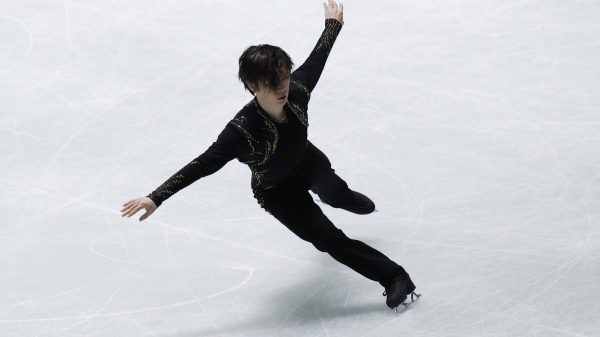 Both champions won by wide margins over the second-place finishers.