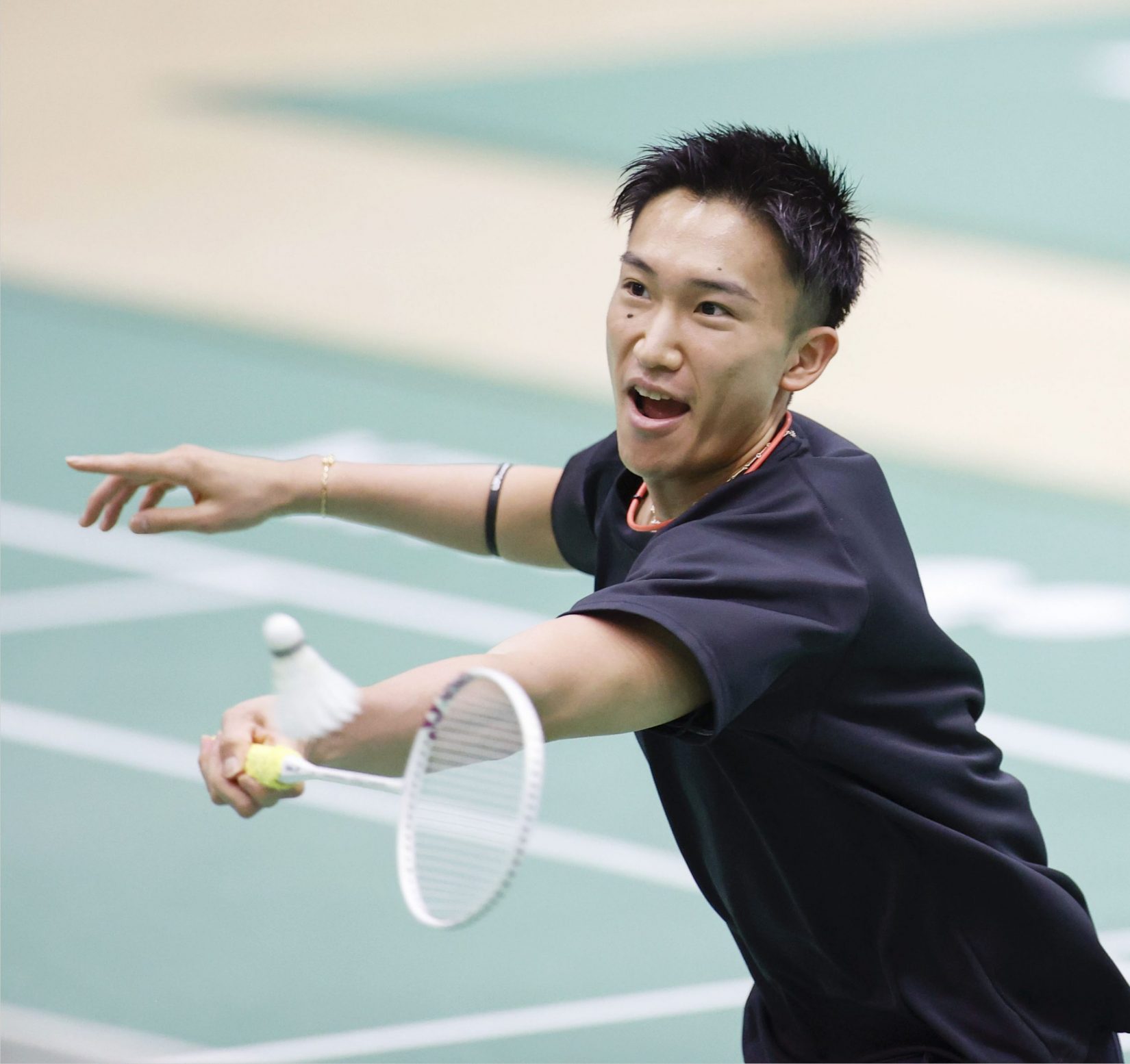 Kento Momota’s title-winning performance at the Indonesia Masters happened at an opportune time in his season ー and career.

Every title is welcome, of course, but some are more important than others in giving athletes confidence, helping them forge ahead with recent success in the back of their minds.

World No. 1 Momota’s title-clinching victory on Sunday, November 21 was more than a clinical 21-17, 21-11 decision over Denmark’s Anders Antonsen in Bali. The victory provided an emotional release for Momota, a medal favorite at the Tokyo Olympics who was ousted in group-stage play.

“I am so happy. I’ve worked so hard for this victory,” the 27-year-old told reporters after the match. “I was just trying to play my best in both games. I didn’t do anything else and I wasn’t rushing my shots. Doing my best got me there in the end.”

After getting there, there was little time for Momota to bask in the glow of his 15th Badminton World Federation World Tour title.

He shifted his competitive focus to the November 23-28 Indonesia Open, the tour’s next-to-last tournament of the year. (There are separate world rankings and tour rankings; in the latter category, Momota is No. 7 in rankings released on Tuesday, November 23.)

But before his next tourney began, with a victory to savor after an uncharacteristically long stretch without a title (since the Malaysia Masters in January 2020), Momota’s comments indicate that he appreciated the opportunity to test his skills against a formidable foe.

Furthermore, his love of competition was on display in the Indonesian city through the tournament, especially in the final.

“Antonsen is a very strong opponent,” Momota commented. “I really enjoyed the match. But I don’t think he enjoyed playing today. I’m exhausted now though, so I just want to sleep all day tomorrow and do my best in the [Indonesia] Open next week.”

It wouldn’t have surprised anybody if Momota had repeated his 2019 success story in 2020.

His overall speed, power, intensity and quick instincts fueled an unforgettable 2019 season, and he was at the height of his powers.

Instead, most of the 2020 season was canceled due to the global pandemic. And before the first wave of tournaments were called off in March, Momota was recovering from injuries sustained in an automobile accident after winning the Malaysia Masters, including a broken right eye socket.

Momota was riding a van en route to Kuala Lumpur International Airport. The driver was killed in the accident.

The shuttler’s facial injuries required surgery to repair his eye in February.

In March 2020, Momota told Olympics.com that fans’ encouragement helped inspire him as he prepared to make a comeback.

“Thanks to the words of encouragement I received, I want to aim to win a gold medal,” he said at the time.

Momota endured another setback on his comeback trail this January, when he was forced to miss a pair of tournaments in Thailand after testing positive for COVID-19 before the Japan national team departed from Tokyo.

His comeback was pushed back until March 18 at the All England Open, and Momota’s first-round triumph (a 21-12, 22-20 decision over India’s Parupalli Kashyap) produced a reaction that was hardly surprising.

“I’m glad I survived the first round,” Momota was quoted as saying by Kyodo News.

Momota advanced to the semifinals of the French Open on October 30. He retired due to a back sprain in his duel with compatriot Kanta Tsuneyama after winning the opening game 26-24 and dropping the second 21-11.

Momota’s Denmark Open demonstrated that he had put the disappointment of the Olympic experience behind him. For example, he ruthlessly traded shots with Axelsen during large stretches of the dynamic 93-minute match.

Three months earlier, Momota’s Olympic medal hopes vanished and he felt the heavy weight of a nation’s hopes on his muscular shoulders.

“I am grateful for all the support I have received. I am sorry that I did not live up to everyone’s expectations of me,” Momota said after his straight-sets defeat to South Korea’s Kwanghee Heo in group play.

“It was difficult for me to deal with this situation,” he added in a blunt assessment of his final Olympic match. “I tried to play aggressively, but I was not emotionally strong. My physical condition is fine.

“Playing at my normal level is difficult, but it’s a great experience to be here.”

Now, nearly four months after Kento Momota appeared in an Olympic match, he has the biggest of big sporting accomplishments to leverage as a building block for the near future.

Perhaps combining 2020 and 2021 into one career chapter helps best to categorize the ups and downs of his career in the COVID-19 era.

But there’s a happy memento for Momota to cling to as the 2021 Badminton World Federation season winds down.

“It took a long time. I’ve finally won,” Momota said, according to Kyodo News after beating Antonsen in the Bali final. “This is the result of my putting my No. 1 status aside and playing every shot with strong determination.”

The BWF World Tour Finals, also in Bali and starting on December 1, will be Momota’s final chance to showcase his strong determination this year.