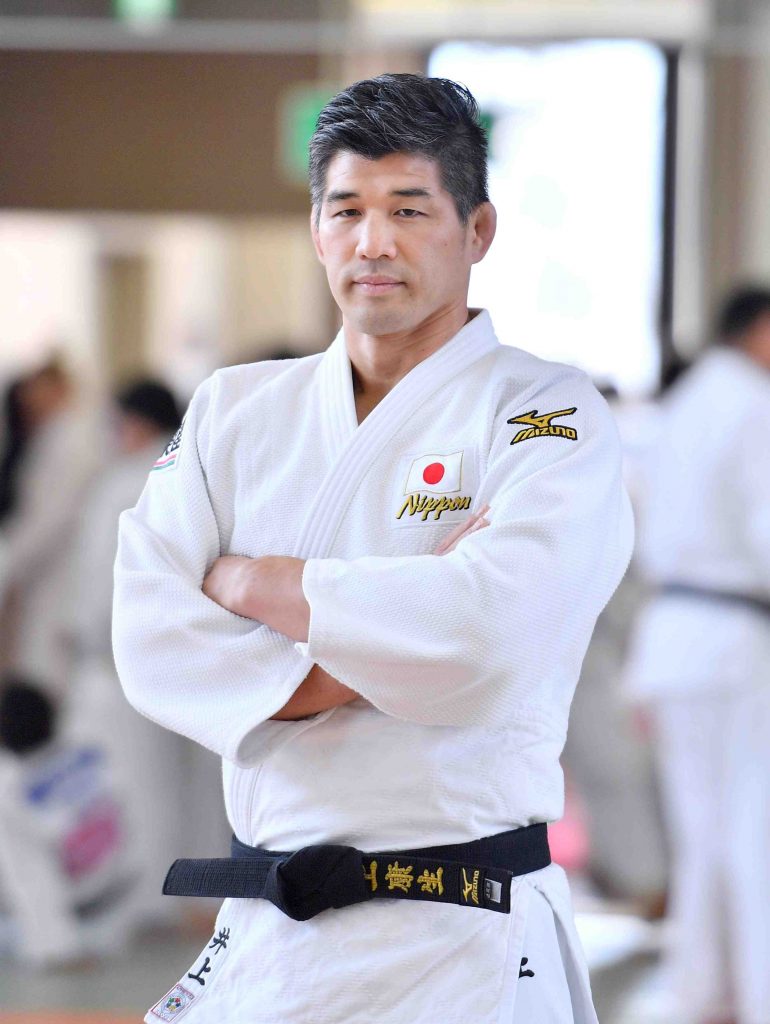 The world expected to be celebrating the successful completion of the XXXII Olympiad (the 2020 Tokyo Olympic Games), and looking forward to the Paralympics that follow as August heads toward September. The modern martial art of judo is among the most popular Japanese sports in both competitions.

With a name that means “gentle way,” its combination of physical and mental training without requirements of special equipment or extraordinary expense has helped it become popular in many parts of the world. It also features in Japan’s international development programs (JICA) and summit level diplomacy.

Today, over 200 countries have teams that practice the sport. At least 126 countries, the number that competed in the 2016 Olympics, are expected to participate in the 2020 Olympics judo competitions.

The Sankei Shimbun and JAPAN Forward wanted to know more about what it is that attracts men and women from widely divergent cultural and economic backgrounds to this Japanese sport.

We took the opportunity of the one-year postponement of the 2020 Games to catch up with Kosei Inoue, Japan national judo team men’s head coach, to ask about the role of the sport in his life, and what it takes to live by the principles embodied in the “gentle way.”

The interview is being featured daily in a 14-day series (Mondays, Wednesdays and Fridays). In Part 1, we are introduced to the Olympic athlete and coach, who talks about the unique challenges faced by the athletes this year and the postponement of the 2020 Olympics.

Serving as the head national coach of the men’s judo team for this summer’s Tokyo Olympics was to be the pinnacle of your career. But the games have been postponed for a year due to the coronavirus pandemic. What has this meant for you and the Japanese team?

The Olympics are a celebration of sports that happens once every four years. Athletes had been preparing in anticipation of July 25th, the start of competition.

Yet, the Olympics are intended to be a forum where athletes can perform to their full potential in a safe, secure and fair environment. I hope the state of the world will change in the next year so that can happen.

Right now, it’s hard to do any focused activities. I do think that there will be a gap after the present state of affairs is over, between those who tried to do at least a minimum amount of training in both physical strengthening and technique, and those who did not.

I’ve been thinking about what we can do within the context of the current limitations on our activities. Some athletes are studying and analyzing videos. While it’s difficult to work on maximizing their own techniques and abilities, as they had done before the crisis, each athlete must engage in risk management, to keep the negative impacts to a minimum.

Out of this, I believe that in the future, the ability to respond to any situation you find yourself in, and to overcome it, will be an absolutely necessary trait.

Even though the inspirational performances of the athletes are inaccessible to us right now, do you feel there is still a role for sports to play at this time?

While being able to perform at one’s best is first and foremost in competition, it is important to remember that sports can impact other areas.

It’s the same for judo. I’ve recently noticed many leading athletes in the sport actively posting their stories and training methods on social media sites. I think they are discovering new values and new potential of sports that wasn’t there before. 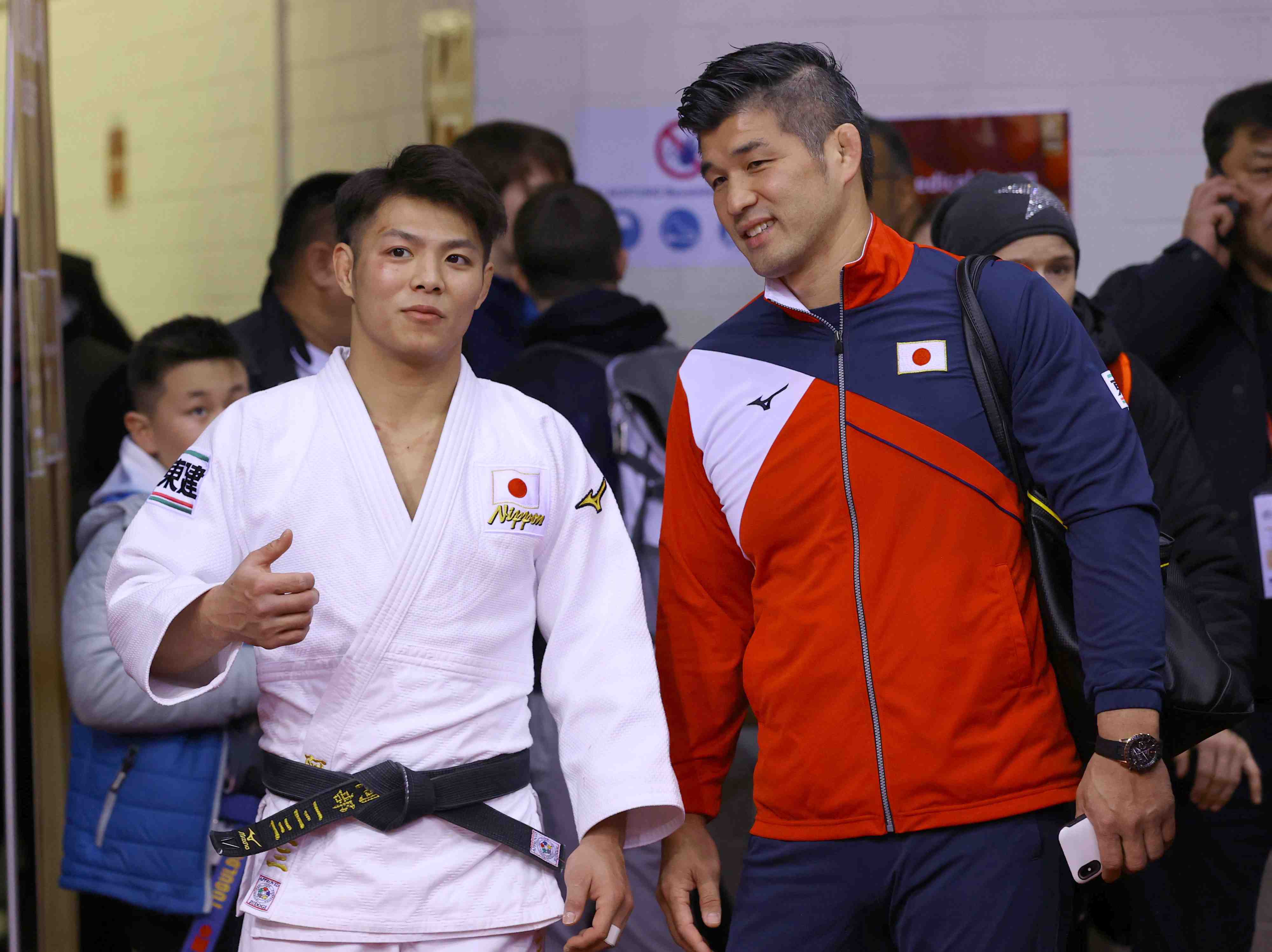 His own Olympic experience began at the 2000 Sydney Summer Olympics, where with his dynamic uchi-mata (inner thigh throw) technique as his preferred weapon, he led the heavyweight division with inspiring wins in every match (all by ippon). He earned the gold medal in the 100-kg weight class, and in a break from the usual norms, carried a photograph of his recently-deceased mother onto the podium.

Inoue competed in the Olympics again four years later in Athens, for which he was chosen to be both flag bearer and captain of Team Japan. He was highly favored to win another gold in the 100 kg (and under) division. However, he suffered a major upset and did not place. Elco van der Geest of the Netherlands (2002 European Champion) defeated Inoue at the last minute with a drop seoi nage (shoulder throw) in the quarterfinal. Movlud Miraliyev of Azerbaijan countered Inoue’s o-uchi gari with a ura nage to win the match during Repechage Round 3.

The next year (2005) he won the gold medal at the Jigoro Kano International Cup, which is an A-level competition with many former world and Olympic medalists. However, because of a shoulder injury in 2005, he did not compete again until 2007. When he returned, it was at the over-100 kg weight class.

At the 2008 All-Japan Judo Championships (AJJC), Inoue lost to Yohei Takai by ippon, which ended his hopes of joining the Olympic team headed for Beijing. He promptly announced his retirement from international competition. Inoue was replaced by Satoshi Ishii, who defeated Keiji Suzuki in the final bout of the 2008 AJJC and won a gold medal in the 2008 Olympic Games. 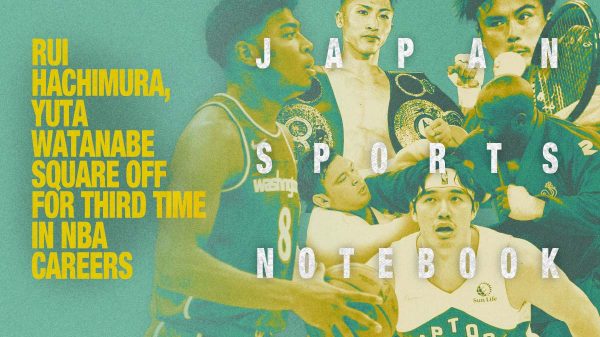