Ayaka Furue Earns Third-Place Finish at Portland Classic
Keita Nakajima hits an approach shot on the 18th hole in the second round of the ZOZO Championship in Inzai, Chiba Prefecture, on October 14. (ⒸSANKEI)

The 22-year-old Nakajima shot a spectacular 7-under-par 63 on Friday, October 14 that left the former world No. 1 amateur at 7-under 133, just three shots behind co-leaders Rickie Fowler and Andrew Putnam of the United States.

Nakajima had nine birdies against two bogeys at the Accordia Golf Narashino Country Club. His best shot of the day came when he holed a birdie pitch shot from the rough on the par-5 No. 14 for his eighth birdie of the day.

It was the kind of shot Tiger Woods used to make, which was fitting because Nakajima said he was inspired by the former world No. 1.

"The first player I ever remember seeing on TV was Tiger Woods," Nakajima said. "I don't remember any particular shots, I just remember the fist pumps every time he wins, which I always thought was really cool. Tiger is definitely a clutch player so I would like to become more like him."

Nakajima turned pro last month and was awarded a sponsor exemption to compete in this tournament.

With his 63, which followed an opening round 70, Nakajima is in sole possession of fifth place and has put himself in a position to become more like Tiger, who won this tournament in 2019.

Nakajima played in five PGA Tour events last season, including three majors, as an amateur. He booked a ticket to the Masters and The Open Championship at St. Andrews via victory in the Asia Pacific Amateur Championship.

As for Matsuyama, it was another disappointing day. He didn't play poorly but wasn't able to get his putting game going and could only manage two birdies and a bogie for a 1-under 69 that left him tied for 49th at even-par 140.

Matsuyama's first birdie of the day came on the par-5 sixth hole. He came within inches of back-to-back birdies on the par-3 No.7 but his birdie putt rolled inches wide and he tapped in for par.

He bogeyed the par-4 17th but salvaged a little pride with a birdie on the final hole.

Matsuyama admitted after his round that it would take something spectacular on Saturday for him to get back into contention.

"It was another frustrating day," Matsuyama said. "I couldn't get my putting game going and I will need a really good score tomorrow to get back in it."

Putnam, meanwhile, had eight birdies, including one on the final hole, for a 62.

"No bogeys through the first first 36 holes so that's obviously great," Putnam said. "We were the first group off so the greens were really smooth. There are a couple of tough holes where you try to make pars to survive those ones, there are a lot of birdie chances out there, the greens are soft and I just played really steady today."

Fowler had seven birdies for a bogey-free 63.

"I guess I wasn't aware yet that I was bogey free," Fowler said. "I felt like I did a good job of kind of just focusing, staying kind of present and trying to keep moving forward. It's always nice to have a clean card."

Keegan Bradley of the United States shot a 65 and is in sole possession of third place, one stroke ahead of compatriot John Huh, who had the day's lowest score of 61.

"It was definitely a good round," Huh said. "Kind of stress-free sort of round. It was a good day to go out there and play some good golf with the good weather we had today." 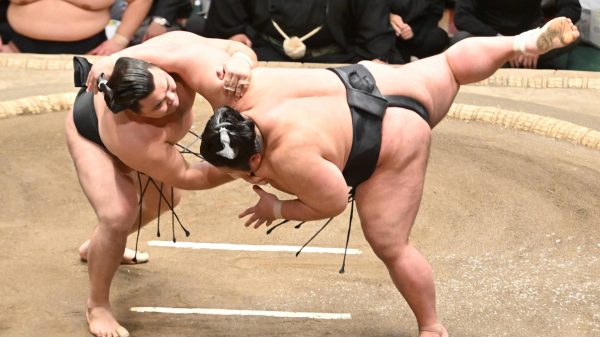