Strong Japanese Influence at the Heart of Celtic's Domestic Revival

The 20th anniversary of Japan’s 2-0 victory over Tunisia at Nagai Stadium in Osaka at the 2002 World Cup was on Tuesday, June 14.

Both nations will remember the anniversary day encounter, too.

After a lackluster first half, Tunisia capitalized on scoring opportunities following the break en route to a 3-0 victory over Japan in the Kirin Cup final on Tuesday.

It was Japan’s fourth match in 13 days, and the team’s overall energy level appeared lower than it did in the past three.

“I’m sorry we didn’t win and the supporters were [not] happy,” Japan manager Hajime Moriyasu told reporters in a post-match interview. “The result is disappointing.”

Despite that bitter disappointment, Moriyasu said it’s his mission to motivate his players to use the defeat as a catalyst for improvement.

“I want the players to continue trying as they are,” he commented. “I want to tell them that we will use our regrets as a [springboard] to grow in light of today’s defeat.”

“We failed to finish things off in the first half and conceded from easy mistakes when the game was still in balance,” Yoshida said, according to Kyodo News. “I should not have slid in [and conceded the penalty], there’s no doubt that ruined our game.”

Noting the team’s busy schedule, with matches against Paraguay, Brazil, Ghana and Tunisia this month, the veteran defender told reporters: “It was a plus to be able to play a team that is participating in the World Cup in three of the four games, but at the end it became a very unrelenting form. In front of our supporters, it’s a shame that we couldn’t play well.”

World No. 35 Tunisia had booked a spot in the final by beating Chile 2-0 on Friday, June 10 in the opening round of the four-nation tournament in Kobe.

A Switch in Goal for Japan

Japan reached the final with a 4-1 win over world No. 60 Ghana later on the same day. Against the World Cup-bound squad, longtime Samurai Blue goalkeeper Eiji Kawashima, 39, got the starting nod from Moriyasu.

Backup goalie Schmidt, 30, made a rare start for the national team against Tunisia, which has also earned a trip to the World Cup in Qatar.

After just three-plus minutes of action, Sassi had an early shot at giving Tunisia the first lead of the match. But his header, set up by a well-placed cross from the left side, missed its intended target.

Missed scoring opportunities from 23rd-ranked Japan’s lineup, including Daichi Kamada and Takumi Minamino, triggered reactions of disappointment from the partisan crowd on a rainy night in Kansai. After outshooting Ghana 14-4, Samurai Blue’s offense struggled to produce quality chances against Tunisia.

In the 51st minute, Takuma Asano’s attempt off a cross was off the mark.

A defining moment in the match occurred in the 55th minute, when Yoshida committed a foul in the box, bringing down Tunisia’s Taha Yassine Khenissi from behind.

As a result, the North African squad was awarded a penalty.

Romdhane seized the opportunity to give his team the lead, kicking the ball past the outstretched arm of Schmidt into the left corner of the net.

Making substitutions to give his team fresh energy on the pitch, Moriyasu was looking for a spark of his own. He brought in Kaoru Mitoma, Kyogo Furuhashi, Ritsu Doan and Takefusa Kubo off the bench in the second half.

But Japan’s offense failed to generate a single goal.

Instead, Tunisia manager Jalel Kadri’s side maintained its aggressive mindset and produced several quality counterattacks, including one in which the finishing result was Sassi’s side-foot effort.

Jebali delivered the icing on the cake for Tunisia with a long blast past Schmidt three minutes into injury time.

“It was a very good match. We were tired due to the tough schedule, but it was good to win,” Kadri told reporters

He added: “I think Tunisia had better tactics. This match required patience. I think the reason for the victory was that the players knew what to do in each situation.”

Also Tuesday, Ghana defeated Chile 3-1 on penalties in the earlier third-place match, which was scoreless at the end of the second half.

Samurai Blue began the month with a 4-1 international friendly victory over Paraguay on June 2, followed by a 1-0 loss to world No. 1 Brazil in another exhibition on June 6. 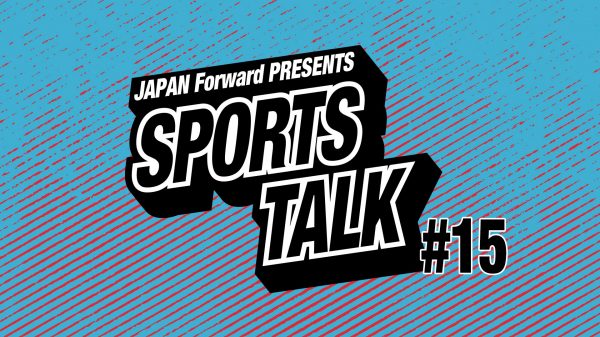